In 2020, defence expenditure is expected to grow between 3 and 4 percent to reach an estimated US$1.9 trillion. The forecast rise comes off the back of significant growth in the defence sector during 2019, which mitigated a sizeable decline in the commercial aerospace sector last year.1

Security is at the forefront of governments’ concerns all across the world as the risk of global conflict escalates, particularly in the Middle East. Governments are looking to invest heavily in modernising their military capabilities and updating their artilleries with state-of-the-art technology.

Global defence spending is expected to grow at a CAGR of about 3 percent between 2019 and 2023 to reach US$2.1 trillion by 2023. This is expected to be led by the likes of the US, China, Russia and India, while members of NATO have been increasing their defence budgets to target defence expenditure in line with 2% of GDP.

Locally, there are a suite of ASX-listed companies that not just service the defence sector, but more importantly, service the US military among other defence agencies throughout the world. Three of these companies are Australian leaders in their respective fields, specialising in defence, communications and space technology; shipbuilding; as well as counter drone security.

Electro Optic Systems is an Australian technology business with operations in five countries serving the aerospace, defence and communications sectors.

Its Defence Systems division specialises in technology for weapon systems optimisation and integration, in addition to intelligence, surveillance and reconnaissance (ISR) for land warfare.

The company’s Space Systems division focuses on the production of optical sensors used for monitoring objects in space, with its client list extending to commercial and military customers.

During FY19, EOS achieved EBIT growth of 194% to $21.7m versus guidance of $20m, and 91% growth in revenue to $166m. It strategically acquired EM Solutions and Audacy to enhance its Communications capabilities to push its technology now and in the future, with synergies expected to arise. The Space sector broke even in 2019, with management expecting it to be profitable in the future amid a change to its business model allowing more infrastructure and equipment sales.

A clear part of the firm’s strategy is to create new markets based on emerging customer requirements, rather than enter markets. Its means of pursuing this lies with its proprietary technology and expertise, with the company boasting scale as the largest aerospace entity in Australia and the largest defence exporter in the southern hemisphere.

Across the last 20 years EOS has executed $800m of research and development, with the company retaining core technology despite the fact that 75% of its expenditure has been funded by customers. Beyond that, the company has yet to deploy and commercialise much of its technology to the market, which it anticipates will provide it with scope for growth and also act as a barrier to entry for its competitors.

Another part of its growth strategy will see its international defence operations build scale. Its US plant is still expected to open by the middle of the year, while an increase in production capacity for its Singapore and Middle East production capacity is due in subsequent years.

In total, production capacity will rise from $300m to $900m by 2022. The company is also banking on fresh capital raised across the last six months to expand its supply chain and inventory. This will allow EOS to accelerate its push to deliver existing contracts and underpin EBIT growth, notwithstanding that COVID-19 production delays and the impact on Electro Optic System’s supply chain have deferred expected activity, revenue and growth.

Austal is the world’s largest aluminium shipbuilder and a leading defence prime contractor which designs, constructs and sustains some of the world’s most advanced commercial and defence vessels.

As the nation’s largest defence exporter, Austal has operations spanning across more than 50 countries, with shipyards in Australia, the US, Philippines, the Middle East and Vietnam. Through its 30-year history it has worked on over 300 vessels.

Some of the key projects it has worked on include monohull, catamaran and trimaran commercial vessel platforms, as well as defence programs like the Littoral Combat Ship (LCS) andExpeditionary Fast Transport (EPF), where Austal enjoys status as the only foreign-owned prime contractor working on ships for the US Navy.

In its H1 FY20 results, the company reported an increase in revenue against the prior corresponding period of 22% to $1.04bn. Meanwhile, NPAT jumped 72% to $40.8m across the same timeframe. Austal’s operating cashflow was $22.1m, however, this was a significant reduction of $79.8m on account of the consumption of progress payments that were received in advance during FY19, thus skewing the data in favour of the preceding period.

In its US division, shipbuilding margins increased from 7.1% in 1H FY19 to 8.1% in H1 FY20. Service Revenue was up 44% and profitability nearly doubled. Meanwhile, the Australasia division saw EBIT increase from $4.1m to $8.2m.

In recent months, the company has set about positioning itself for future growth by way of executing its projects and tendering for new work. In January it was awarded a $15.5m contract for a 41 metre, high-speed catamaran on behalf of STGM Mauritius.

A month later, Austal delivered its 11th Littoral Combat Ship (LCS) to the U.S. Navy. It has delivered 11 of the 19 Independence-class LCS currently contracted, while five are in construction and the remaining three under contract for construction. Its US Navy pipeline also extends to 14 Expeditionary Fast Transport vessels (EPF), with 11 delivered thus far and two under construction.

In early March Austal delivered the RFNS Savenaca to the Government of Fiji, one of its tasks under the PacificPatrol Boat Replacement (PPB-R) Project that has been funded by the Australian government.

Finally, at the beginning of May the company was awarded a $324m contract to design and construct six evolved Cape-class Patrol Boats (CCPBs) for theRoyal Australian Navy. This contract is the largest Austal has ever received for an Australian vessel construction program.

With its revenue derived from both commercial and defence applications, the support of the Australian government, global economies of scale, and a proven track record, the company will be hoping to execute its $3.4bn order book. This order book features 3 ships ordered, 41 vessels under construction or scheduled for construction, and 5 ships delivered.

Founded in 2014, and with operations in Australia, the US and the UK, DroneShield is a worldwide leader in drone security technology. Its security solutions are designed to protect people, critical infrastructure and businesses from drone intrusions that may threaten privacy, security and safety.

DroneShield sells a wide range of products that detect and defeat consumer-grade drones. Its client base predominantly consists of governments and defence agencies, airports, commercial businesses, civil infrastructure operators, militaries, public event venues, and more. The company services these clients directly, or through its approximate 100 distributor and partner relationships in 70 countries across the world. This includes BT, Thales, Bosch, Collins Aerospace and Saudi Telecom.

Supporting sales of the company’s detection products is its proprietary software engine, DroneShield Complete, which is an intuitive interface with a comprehensive reporting suite that covers multiple client sites. DroneShield earns revenue from the software via recurring subscription charges. The business also earns recurring revenue from the library updates to its drone products.

In addition to product sales,DroneShield is now leasing its range to in-country partners and their end-users. Management have indicated they believe this appeals to a different set of customers than those who otherwise might purchase the hardware, thus diversifying and potentially complementing its sales.

During FY19, DroneShield won all three counter drone tendering contracts with the Australian military, including one order valued at $700,000, while also recording sales from customers in other geographies.

Revenue was up 200% to $3.62m and total customer cash receipts, shown below, were 2.5-times higher at $3.16m, however, losses increased to $7.7m.Nonetheless, the company was able to scale its product sales with only a marginal impact on its net loss. This loss included $1.75m of non-cash share-based payments, thus scale was better than the headline result suggested.

While COVID-19 has impacted the company in terms of logistical and installation delays, plus travel postponements, DroneShield’s current orders extend to $4.2m in sales.

In terms of its growth outlook, DroneShield has recently fulfilled orders from a new major US governmental agency, opening up a new client partnership. In the Middle East, it has completed an order for an unnamed Ministry of Defence valued at $2.9m, while it has also progressed from a preferred bidder to a negotiated form of agreement for a contract bid valued at $70-85m.

In the ANZ region, the company is actively engaging with the likes of the Department of Defence. DroneShield has also achieved sales from a New Zealand government agency for its RfPatrol product, which will be evaluated for further rollout.

All the while, DroneShield has been actively investing in research and development to upgrade its products and expand its range. Starting mid-2020, the company will begin delivery of its new vehicle and fixed-site product, DroneSentry-X. This follows active customer interest. The RfPatrol MKII is also scheduled to commence first shipment to a US government customer imminently.

In addition, the business has received first orders for an optional accessory to expand on its RfPatrol product, dubbed the RfPatrol DAU. A prominent albeit unspecified law enforcement agency from an Asian country is the first customer.

Finally, the company was successful in its competitive tender for its DroneGun Tactical product among the European Union police forces. Management believe this win will enable the company to roll out its product to numerous police units across the EU, such that material sales may be achieved over time. The possibility of cross-selling opportunities has also been identified.

The company’s numerous growth initiatives and accelerating scale have started to take hold over the last year and management have indicated they expect this to continue. In the meantime, DroneShield is positioned as a small-cap company acting as a leader in its industry.

While every effort has been made to ensure the accuracy and completeness of data used throughout this report, no guarantee is given nor responsibility taken by Stock Brief nor its associates for errors or omissions and said parties do not accept responsibility in respect of any third-party information or advice given in relation to or as a consequence of anything contained herein. 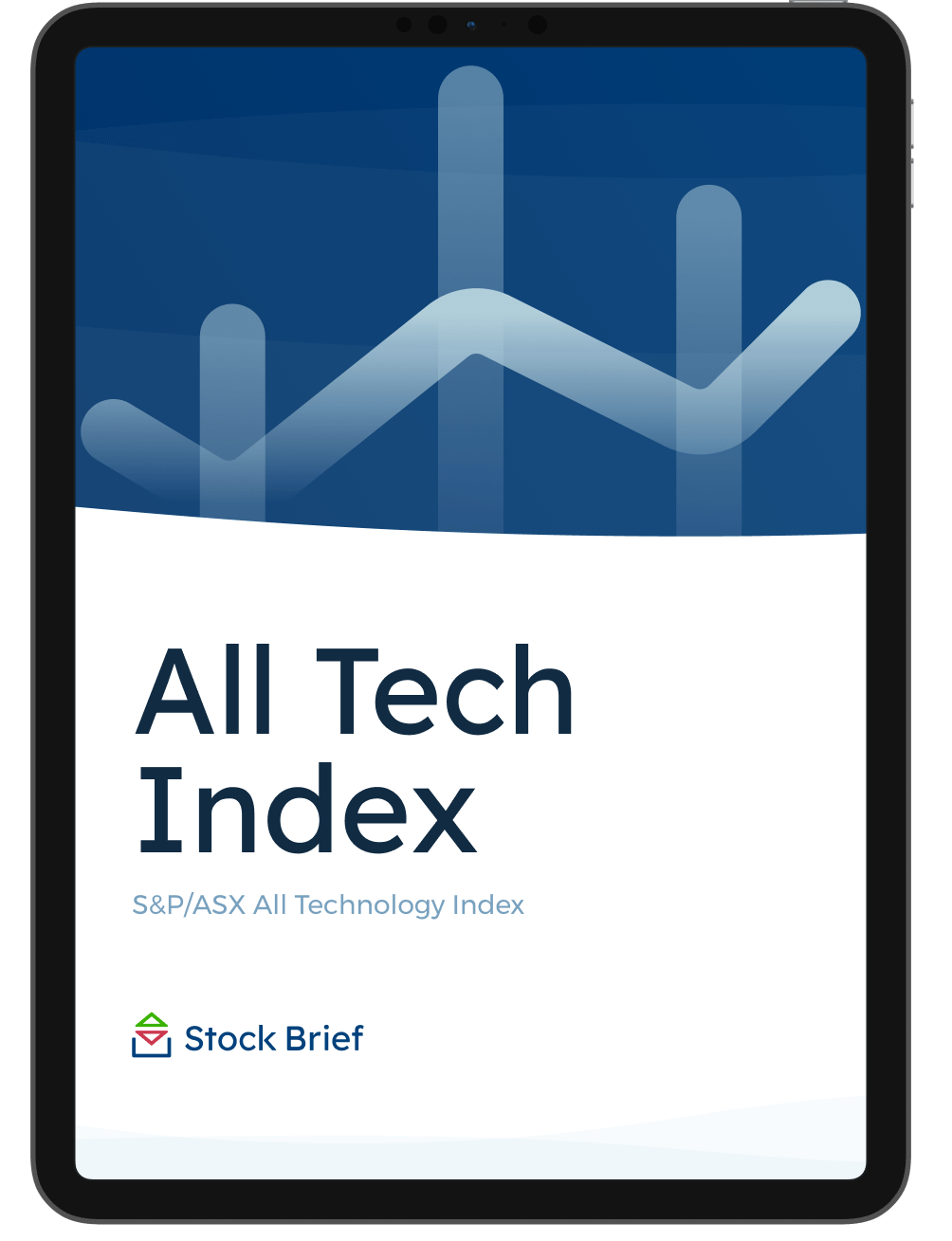